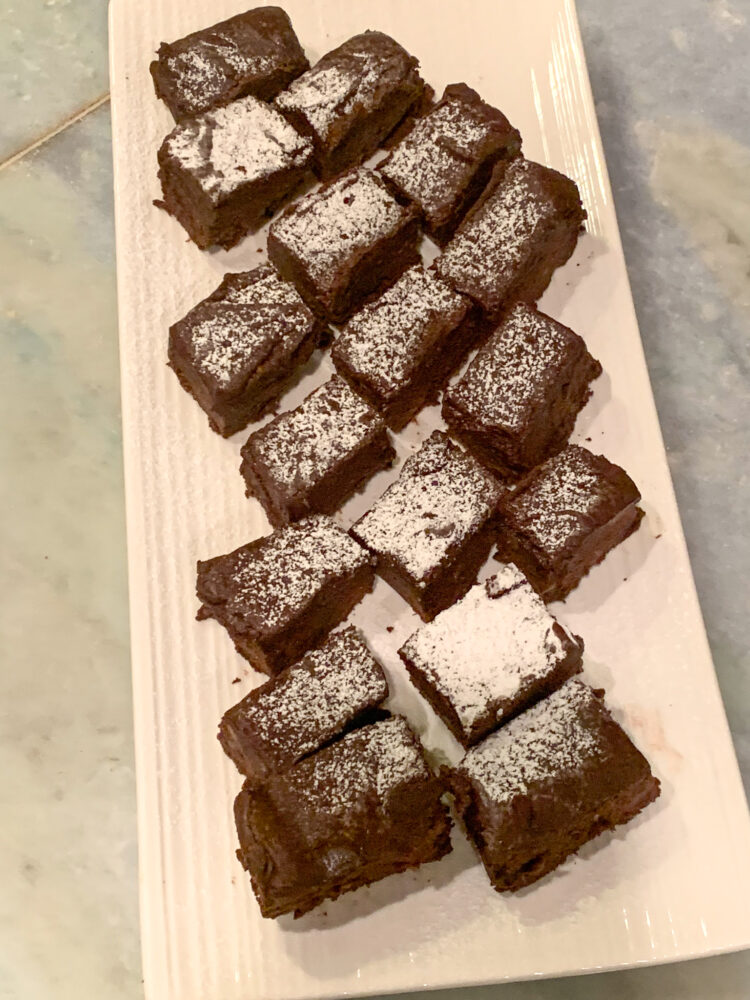 These Fudgy Avocado Brownies with Fudgy Chocolate Frosting are oh so decadent! These are sure to be a hit at your next gathering.

I am a member of a Cookbook Club, called Adventure Cooks. I have referenced the group before. We meet once a month and cook from different cookbooks, authors, or cuisines and have the best time.

I made and cooked the Fudgy Avocado Brownies with Fudgy Chocolate Frosting. It was from the current month’s choice by Tieghan Gerard from Half-Baked Harvest cookbooks and her blog by Tieghan Gerard. Her recipes are fantastic. We have cooked two months from Tiegan, and I am a real fan for life.

I wanted to try baking with avocados, which I had always wanted to but hadn’t for baking. By the way, I love avocados in anything, but now have a new way to use one of the healthiest food on the planet. The brownies have no processed sugars and are even gluten-free, a bonus!
So, what is the difference between regular brownies? First, the avocado replaces the butter, and it adds a little sweetness. The maple syrup replaces the sugar. It helps keep the brownies very moist in the baking process. The almond flour, which keeps the brownie gluten-free, replaces the white flour.

You will need a food processor or a blender to make this recipe. It’s so important, so you get a full puree without any chunks. In the processor, you will puree the avocados, maple syrup, vanilla, and instant coffee until very smooth. Lastly, add the melted chocolate until thoroughly pureed.
In a separate bowl, whisk the eggs until bubbly on top. Slowly, add the chocolate avocado mixture, the cocoa powder, almond flour, and the salt. It takes time for the mixture to come together, but you do not want to overwork the brownie mixture. It can cause it to be dry.
Finally, stir in the chocolate chunks and bake.

While the brownies are baking, make the frosting. It is very straight forward. It will be somewhat runny, but remember, it needs time to chill and set-up. Let the brownies cool down, and then spread the frosting over the brownies, making sure to get to the edge. 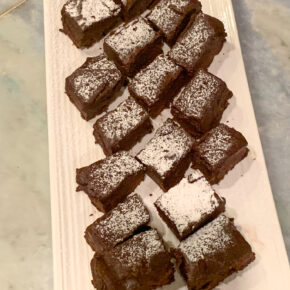 Other Posts The you May Enjoy…

View my latest cooking videos, and please consider subscribing to my YouTube channel!