Laurie Green Bakke made her mark in Hendersonville, NC when she opened Cafe Laurie in 2002. For six years, her restaurant embodied a fresh, fast gourmet-to-go style that quickly caught on and established Laurie Bakke and Cafe Laurie as a unique addition to the culinary world. She sold the business in 2007 and almost by chance, began her path of cookbook author. Behind the Scenes from Cafe Laurie was intended to be a gift to her daughter, Megan, as she was heading off to college. Working with scrapbook artist Brenda Fuqua, it became a one-of-a kind hand-crafted edition.

Attending culinary school in the 1990s at Asheville-Buncombe Technical College was a way for Laurie to truly hone her love of cooking and appreciation for it as an art form. She had no idea that it would be the start of a career that spanned her time as an Executive Sous-Chef at Highland Lake Inn, restaurateur, restaurant and food consultant, cooking class instructor, and ultimately, writer.

More recently, Laurie had opened Sage Gourmet Kitchen and Wine Boutique with partner, Chrissy Filka. The store was just sold to Merit Wolff and Bill Berry this March/2017.   The shop offers a kitchen store that was loved by anyone that came in the front door.  There is also a wine cellar stocked with the best international selections of wines and wines by the glass.  Wine clubs, wine dinners, cooking class and more happen in the cellar with a fully equipped kitchen.  Laurie cooks for the wine dinners and Chrissy and Laurie will host cooking class.  So much to do!!!

Laurie is a member of Women Chefs & Restaurateurs, Land of Sky Garden Club, Chef and and volunteers with local charities like The Boys and Girls Club, Community Foundation of Henderson County and many more.

For questions about Laurie Bakke’s Cookbook, her recipes, or to follow Laurie’s culinary progress, please contact her here. 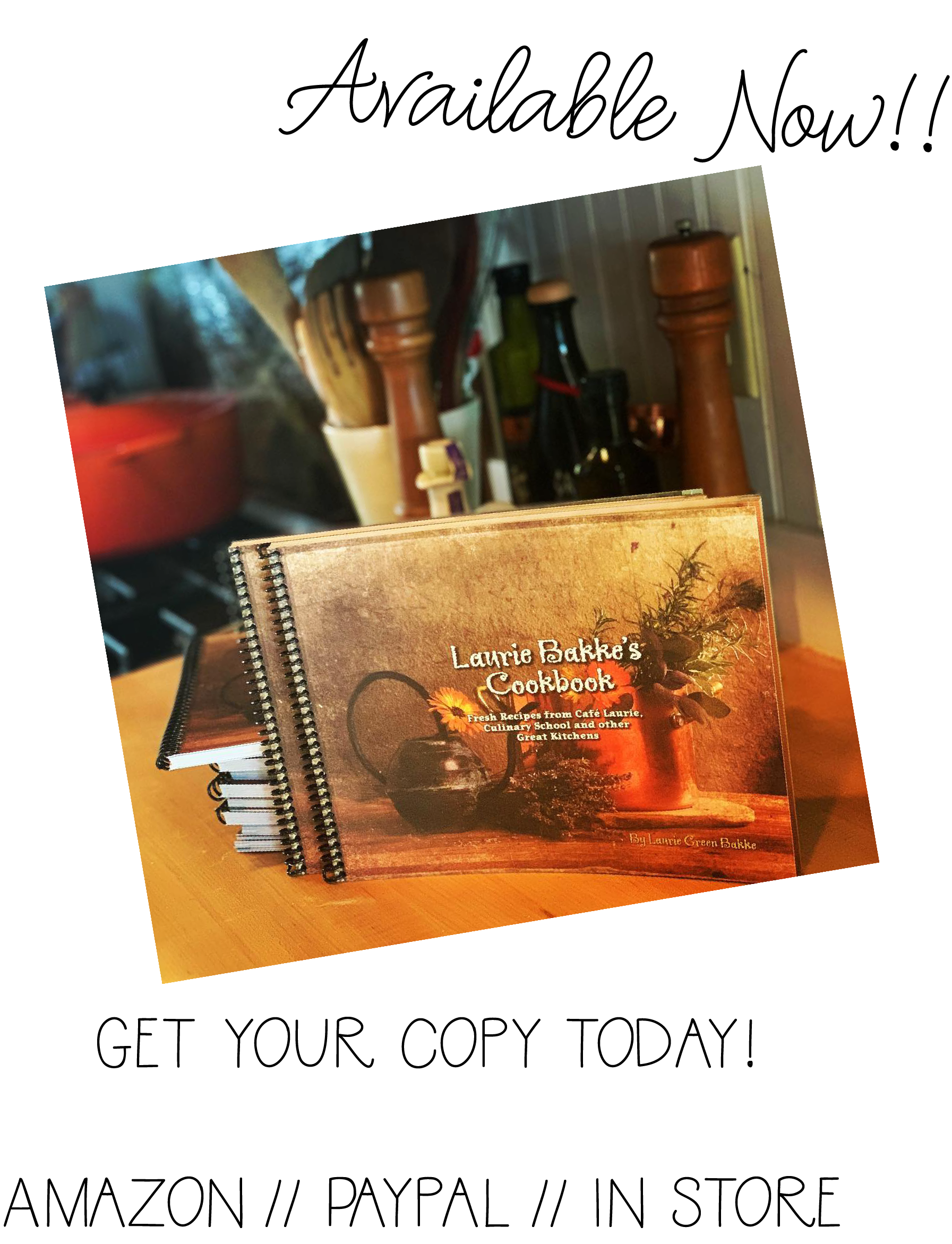